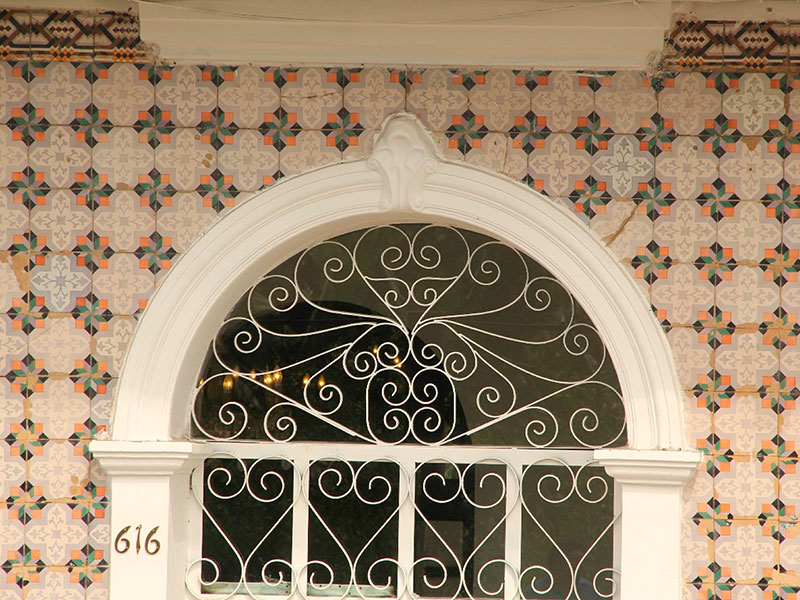 The house is now known as “Época”, which was built in 1902, during the peak of the rubber boom (1879-1912), is located in the historical town center, just 500 meters from the main square, in the Pier with an excellent view to the Itaya and Amazon rivers.

The rubber was the main raw material for manufacturing of tires, whose demand worldwide originated what became as “La Época del Caucho” (The Rubber Time). One of the industries with high demand was the automaker Henry Ford. The city of Iquitos, was the main point dedicated to the rubber activity in the Peruvian jungle and the first fluvial port on the Amazon River. With the rubber boom (also called “white gold”), the city began to expand and eventually grew to colonies of Portuguese, Spanish, Jewish, Chinese, and up to nine consulates.

At that time, Iquitos reflected its splendor through mansions and Moorish-style buildings, such as La Casa de Fierro, designed by the engineer Gustav Eiffel, who also designed the tower that bears his name in Paris: Eiffel Tower.

The Portuguese Francisco W. Nuñez, was a prosperous rubber merchant, who ordered the construction of our house in the year 1,902 (Epoch), at the peak of such appreciated latex. The rubber merchant built the palace in the pier just in front of the Amazon River, from where he could control the arrival of their boats, sailing the majestic river. Currently our frontage is a magnificent architectural centerpiece of the period, covered with tiles brought from Portugal, which give color and movement to the symmetrical architecture, resulting in a beautiful historic building of eclectic style. Works on the arches of the gates were made of wrought iron, and they are characterized by symmetrical figures of flowers and organic motifs, due to the influence of “Art Noveau”.

The foundations of the building were also designed with unique and vanguard architecture for the time, because the structure that currently supports the second level consists of streetcar rails, which in the early twentieth century travelled the Pier of the city of Iquitos with products brought directly from Europe. These rails currently remain intact in the building, as witnesses to a historic peak that produced the exploitation of rubber, the same that can be appreciated from the corridors of the house, reviving the elegance of its best time. Therefore, the house was declared a monument that is part of the Cultural Heritage of Peru.

We invite you to enjoy a stay in a different and unique accommodation, away from the conventional, with history and personality, plus the ability to learn a little more about our history. We have single, double, triple and family rooms. All rooms are equipped with air conditioning, minibar, free WiFi, safe, cable TV, hot and cold water.

We wait for you!!

CARE FOR THE ENVIRONMENT

Iquitos is a unique city, surrounded by navigable rivers that make it virtually an island in the middle of the jungle. Therefore, according to our interest in respecting the environment, our lighting is 100% through LED lights, and hot water circulating in the house is produced by solar energy.